We’re very proud of our excellent team of dedicated professionals who work for Faust. They bring a wealth of experience to each workshop benefiting all involved. 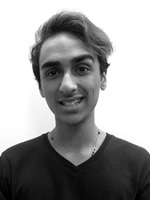 Satish Kandal – Assistant Leader
Satish was born and raised in Hong Kong and graduated from Delia group of schools with an honour in Drama. From a young age, Satish has been captivated by drama. His favourite is Broadway's West Side Story. He says that it shows a blend of culture and attitude, which is very important in Drama. Satish always wanted to be involved in Drama, but he also had the passion to teach that lead him to become an assistant leader at Faust. 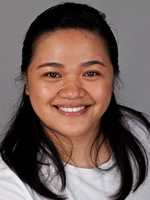 Agnes Sarreal Masa – Assistant Leader
Agnes has been passionate about Music and the Performing Arts. Agnes earned her degree in Theatre Arts and Media Education at Assumption College in the Philippines. Before moving to Hong Kong, she has been part for various theatre companies as an actor for both children and adult productions and musicals. In her spare time, she plays the Trumpet and basic guitar, record songs, and hike mountains. Agnes could not be more excited to be part of Faust International Youth Theatre and working with our fantastic performers. 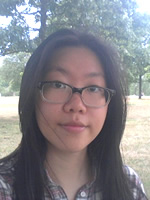 Yvonne Kwok – Assistant Leader
Yvonne is a creative professional and has always been passionate about theatre arts. After returning from the UK, she started her career as a playwright and made her first production, Balloon Ride, in 2014. She then joined Faust International Youth Theatre in 2015 and has been leading workshops and helping out in Faust Festivals. Besides her theatre works, her professional experience includes strategic planning and campaign execution, where she designs programmes for children and public engagement.

Arlin Rai – Assistant Leader
Arlin is currently studying Linguistics and English Education in HKU. Born and raised partly in Hong Kong and Nepal, she can speak 5 languages. She has participated in drama productions all through her secondary school life, either in directing or working for the set and props team. She has also taught and performed dances in voluntary performances and during cultural festivals. She enjoys teaching children and working with the creative process they bring to the activities.This is her fourth year with Faust and she looks forward to another exciting year with them.

Alex Beattie – Assistant Leader
Alex is an ex West Island School student who was born and raised in Hong Kong. During his time at WIS he was always heavily involved in the Performing Arts taking lead roles in school plays as well as studying Drama for GCSE's and AS levels. He has performed in acts such as Grease, Macbeth & Return to the Forbidden Planet.

Nikhil Sridhir – Assistant Leader
Nikhil is a theatre lover with experience onstage in Hong Kong with companies Shakespeare in the Port and Aurora Theatre as well as the Philadelphia-based troupe The Drexel Players. He was born in Bangalore, works in Hong Kong as a tutor, and is currently pursuing a BFA in Painting at Savannah College of Art and Design. Nikhil has worked with Faust International Youth Theatre in the past as assistant leader and production assistant during the 2014 Faust Festival, 2014 Summer Program and 2014-2015 season. He looks forward to working with students in the upcoming terms to help them discover their innate creativity. 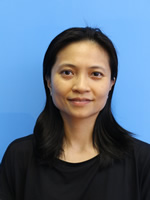 Prisca Lo – Assistant Leader
Prisca is an enthusiastic playbacker who is devoted to pursue drama in many of its wonderful forms. She believes drama is magical and has the power to change lives. With a strong interest to engage with different individuals, she has completed Bachelors degree in Psychology and has completed a Masters in Hong Kong. She has a decade of experience working in the social service and educational settings. Prisca loves to explore movement and mindfulness practices and hopes to share her joyful energy in Faust! 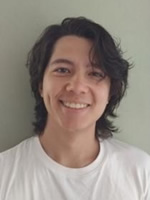 Adam Buttrill
Acting with Faust has always been an integral part of Adam's time growing up in Hong Kong. Starting in 2005 with Faust's production of Peter Pan, Adam grew to love expressing himself onstage and sharing his passion for storytelling, taking on larger and more serious roles with Group Stage in productions such as The Crucible (2010) and Equus (2011). Coming back to Faust this season, Adam is excited to give back to the theatre company that gave and taught him so much by combining his experience teaching in classrooms with his honed skills as a performer.

Crystal Shum – Assistant Leader
Crystal is a drama enthusiast who loves working with children. She believes drama is a way to help children engage with their peers and learn more about themselves in the process. Crystal has acted professionally across stage, feature films, web series, and television productions for ViuTV, M21, HKU Blackbox Theatre and etc. She is also a screenwriter and playwright, collaborating with various productions such as M21 in exploring the human condition with a unique and creative narrative. 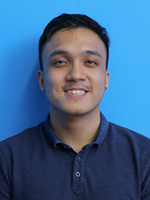 Leon Miguel Ignacio Urmeneta – Assistant Leader
Miguel was born and raised in Hong Kong, to two Filipino parents, one an interior designer and the other, an architect. But the only one of five kids to not inherit their visual artistry. Instead he has spent the last two years pursuing a more performance-centric career. To further along his interests as an actor, he has taken workshops with and become part of the HKTA Family for the last two years(Hong Kong Theatre Association), started working with Harbour Secrets (a murder mystery dinner company), performed in his first professional play ('The Pride' with Aurora Theatre) and more recently began teaching with Faust as well as helping out with tech for their recent ‘Faust Stage’ group production (Brainstorm). He also helped assistant direct 'Guided by the Stars' with Faust group W in the Season 20 Faust Festival. 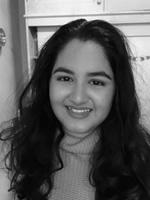 Tasneem Taher Muchhala – Assistant Leader
Tasneem is an enthusiastic person when it comes to drama. Having completed her high school studies at Island School she always tried to get involved with as many theatre-related activities as possible, including both theatre courses and extra-curricular activities. In the past, she has both acted in and led a few plays of her own. Besides drama, she enjoys fashion, business and above all teaching young students! Tasneem just started working at Faust, and is excited to reclaim her passion for drama and motivate children to find their passion as well.

Talya Li – Assistant Leader
Talya has always been passionate about theatre. She is a graduate of The Hotchkiss School and expects to carry on her studies of Theatre and English Literature at Harvard College. Her theatre highlights include directing "Plaza Suite," as well as performing the roles of Posthumous in "Cymbeline" and Amanda Wingfield in "The Glass Menagerie." She is really excited about joining the Faust team and greatly looks forward to sharing her passion for theatre with the students! 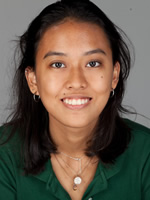 Shannen Buxani– Assistant Leader
Shannen is now at her third year with Faust. She has been involved with several class productions while in school. Her interest with drama stems from first working backstage at school performances, intrigued with the process and what it took to produce a great show. Now taking a break, giving her more time to also focus on other creative pursuits, she also teaches English on the side. Shannen loves to work with kids, showing enthusiasm, fun and patience, along with having a passion for drama. She is excited to return to Faust for another season!

Maisie Holland – Assistant Leader
Maisie was born in London but raised in Hong Kong and attended Faust from the age of 7, performing in productions such as A Little Princess, The Wind In The Willows and Kensuke’s Kingdom. While studying in England, she achieved top grades in IGCSE and IB Theatre, as well as touring Germany with an adaptation of Jane Eyre. She is using her gap year to work at Faust in order to build on her previous experience of teaching drama in a local primary school, before heading to study English and Drama at university. Maisie is keen to share her enthusiasm for teaching and performing with Faust! 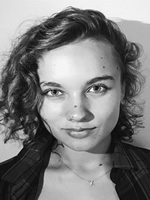 Lizzy Marland – Assistant Leader
Lizzy has had a passion for theatre her whole life and has been involved with Faust from the age of 10. She has lived in Hong Kong for 11 years and recently graduated from the Canadian International School of Hong Kong. Though most of her onstage experience has been in Faust productions, such as A Midsummer’s Night’s Dream and Peter Pan, she has also been in numerous musical productions, including Annie and Legally Blonde. She has been working at Faust assisting in classes since the age of 16. She is looking forward to becoming even more heavily involved with Faust this coming season and working with the Faust team and helping students develop into the best and most confident performers they can be! 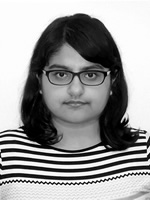 Meg Thandani – Assistant Leader
Born and raised in Hong Kong, Meg completed her secondary education in Hong Kong at KGV School including classes from BTEC Performing Arts. Meg enjoys performing arts and drama because she it is a collaborative experience. She loves to work with children and help them develop their team building skills by working together and making sure everyone has a voice. She is currently a part of a non profit theatre company called Humane Theatre that develops original devised work about animal rights and aims to perform their shows for schools, universities and public spaces.

Poppy Conway – Assistant Leader
Poppy has loved drama ever since her first school show, when she was 6. Drama has been such an important part of her life, and she is excited to share her love and passion with the students she teaches. Poppy has been doing Faust since 2012 and have performed in Faust productions including The Lion the Witch and the Wardrobe, The Jungle Book, King Lear, A Midsummers Night’s Dream and Peter Pan and Wendy. She was also performed in a professional production of Annie which came to Hong Kong in 2012. She has also performed in school productions and is also an avid dancer. She has always been excited to working with Faust.