Tell us your Faust story!
I first started in 2009 in Group Z, before moving up to Group T then group Stage as I got older. I participated in 3 Faust Festivals and 4 big Faust productions. In 2013, I became a student leader for Faust and was promoted to assistant leader in 2016.

What is your earliest Faust memory?
I remember walking into my first Faust lesson not knowing anyone else, but my workshop leaders ensured that everyone felt comfortable. By the end of the lesson I made a bunch of new friends that I still keep up with to this day.

What is your favourite Faust memory?
My favourite Faust memory was the Faust production of The Wind in the Willows in 2011. The cast was fantastic, and I remember being very pleased with my costume where I was allowed to wear a suit. I thought I looked dapper as ever! That was also where I was exposed to even more acting techniques, implications of staging, and stage fighting as well.

What was your biggest challenge in participating and leading in drama workshops and productions?
The biggest challenge was being confident enough to express your thoughts and to show your abilities. It’s difficult to really put yourself out there in fear of judgement from others in theatre, but Faust provided an environment where we were encouraged to just go for any ideas. It helped that the people in the groups were nice and supportive as well.

What did you gain from your experience at Faust as a student and / or as a Leader?
As a student, I was introduced to many different styles of theatre, ranging from slapstick humour to more realistic and sometimes tragic themes in historical realism. Additionally, drama really aided me in my speaking skills, boosting my confidence and teaching me how to adopt and read body language and facial expression. The workshops also challenged us to think outside the box, to be creative, but also promoted good teamwork and listening skills. Overall, being in Faust workshops did not only help me in the area of drama, but also taught me valuable life skills.

As a leader, I saw the work and dedication put in by many leaders to ensure the children in workshops are challenged and pushed to develop creativity and teamwork, and for the older groups, to touch on heavier motifs to shed light on society in the past and present. I also picked up skills in communication, and gained an understanding that teaching is something I do highly enjoy.

How did studying Drama and Theatre impact your life?
One thing for sure, it gave me a passion for drama and inspires me to continue pursing it in life. I also learnt that, and I think this is the most important part, drama teaches you skills not to just succeed on stage, but to succeed in life.

What was the most valuable piece of advice you got from a director / leader at Faust?
“Just because you think you’re bad at drama or doing something wrong doesn’t mean you are. For all you know others might think you’re the best in the world.”

How would you describe Faust to someone new to drama and theatre?
Faust is a place where you learn about drama, perform shows, pick up valuable life skills, and make some of the closest friends you’ll ever have. 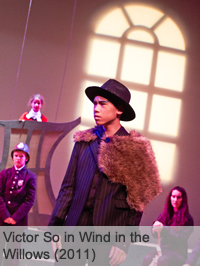 "Faust provided an
environment where we were
encouraged to just go for
any ideas." 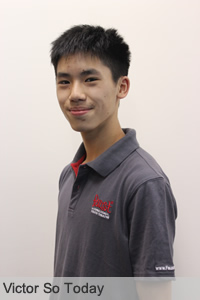