Current Occupation and Country of Residence:
Greeter and Performer at HK Disneyland

Tell us your Faust Story!
I’ve been performing with Faust since I first joined when I was 5, and performed in my first production of The Player’s Production at The Faust Festival. Following this I performed in every Faust Festival until 2014 when I joined Stage Group. In addition to my festivals, I’ve been in Lord of the Flies, Alice in Wonderland, The BFG, The Lion The Witch and The Wardrobe, Romeo and Juliet, Waiting for Godot and King Lear.

What is your earliest memory of Faust?
Throughout rehearsals for The Players Production a fellow group member (I’m sorry I can’t remember you!) only referred to me as my character name – Corey. During one of our performances I accidentally skipped a movement in a dance, only to have him stop the show to explain “COREY!!! You missed this bit” and demonstrate the move.

What is your favourite memory?
After two years of unsuccessful auditions, I can still remember sitting in my room as my mum came in looking upset after a phone call, making me think I hadn’t made it again. Little did I know she’d just got off the phone with Matthew and told me I had got in. Turns out I’m not the only actor in my family.


“There’s never a Faust session where I leave and don’t feel like I have learnt something really valuable, either about theatre, friendship, or life in general.”
What was your biggest challenge in participating in drama workshops and productions?
For me it was as a younger member going into the first rehearsals for the big shows, and seeing all the older members who had already made friends and knew each other. But of course, after the initial nerves I made some great friends and definitely grew together with them.

What did you gain from your experience at Faust as a student and / or as a Leader?
A new family! Going through productions and workshops with people who I’ve known for 10 years or 10 minutes, we always find a way to bond over drama and I’ve made some lasting friendships. And of course I’ve been able to develop my skills as an actor, learning all about Shakespeare and Commedia Dell’Arte, and being pushed by all my leaders to challenge myself in order to improve. There’s never a Faust session where I leave and don’t feel like I have learnt something really valuable, either about theatre, friendship, or life in general.

How did studying Drama and Theatre impact your life?
I hope a bullet point list here is okay, there’s way too much to say! Doing Faust for the past 13 years really let me realize my love for theatre, and has let me branch out into working with different companies across Hong Kong, both amateur and professional. I think if I had never have attended Faust I would be off to university taking a geography degree, and not pursuing my love of performing.

What was the most valuable piece of advice you got from a director / leader at Faust?
There is no such thing as a small part, only a small actor.

Being ‘small parts’ in all but two of my Faust shows (Jekyll and Hyde as Jekyll, and King Lear as King Lear) I always have this in the back of my head, remembering that it isn’t the number of lines you have, or how much time you spend on stage that matters. What’s really important is committing 110% to your scenes (even if you only have 2 lines) and performing them perfectly so that you’re what the audience goes home remembering!

How would you describe Faust to someone new to drama and theatre?
A huge family of people who aren’t afraid of what anyone thinks of them, where every week you get to forget about everything going on outside the studio and can come together to create! 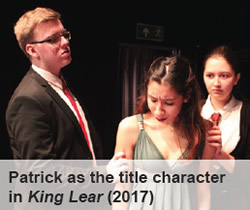 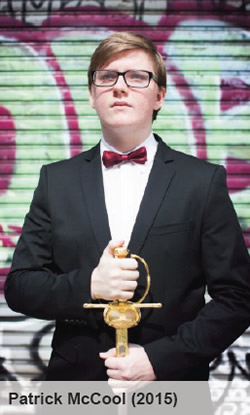 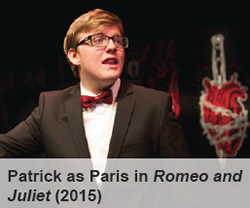 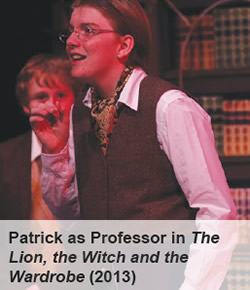 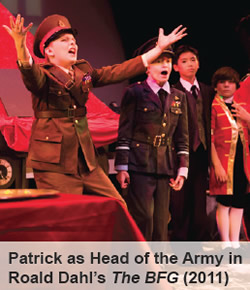